These are the barcode formats we supportYou can only use the barcode formats with Silver and Gold subscriptionCODE128 (GS1-128 EAN-128)Code 128 is a very high-density barcode symbology. It is used for alphanumeric or numeric-only barcodes. It can encode all 128 characters of ASCII and, by use of an extension character (FNC4), the Latin-1 characters defined in ISO/IEC 8859-1.GS1-128 (formerly known as UCC/EAN-128) is a subset of Code 128 and is used extensively world wide in shipping and packaging industries as a product identification code for the container and pallet levels in the supply chain. The symbology was formerly defined as ISO/IEC 15417:2007.Example:

EAN13 barcodes generatorAn EAN-13 barcode (originally European Article Number, but now renamed International Article Number even though the abbreviation EAN has been retained) is a 13 digit (12 data and 1 check) barcoding standard which is a superset of the original 12-digit Universal Product Code (UPC) system developed in 1970 by George J. Laurer.[1] The EAN-13 barcode is defined by the standards organization GS1.The 13 digits in the EAN-13 barcode are grouped as follows:The left group: Digits 2-7. The left group also encodes digit 1, through a scheme of odd and even parity.The right group: Digits 8-13, digit 13 is the check digit.The EAN-13 barcodes are used worldwide for marking products often sold at retail point of sale. The numbers encoded in EAN-13 bar codes are product identification numbers, which are also called Japanese Article Numbers (JAN) in Japan. All the numbers encoded in UPC and EAN barcodes are known as Global Trade Item Numbers (GTIN), and they can be encoded in other GS1 barcodes.The less commonly used EAN-8 barcodes are used also for marking retail goods; however, they are usually reserved for smaller items, for example confectionery.Example:

EAN8 barcodes generatorAn EAN-8 is a barcode and is derived from the longer European Article Number (EAN-13) code.It was introduced for use on small packages where an EAN-13 barcode would be too large; for example on cigarettes, pencils (though it is rarely used for pencils), and chewing gum packets. It is encoded identically to the 12 digits of the UPC-A barcode, except that it has 4 (rather than 6) digits in each of the left and right halves.EAN-8 barcodes may be used to encode GTIN-8s which are another set of product identifiers from the GS1 System. It begins with a 2- or 3-digit GS1 prefix (which is assigned to each national GS1 authority) 5- or 4-digit item reference element depending on the length of the GS1 prefix), and a checksum digit.Example:

GS1 Databar Non Stacked barcodes generatorMost existing scanning systems are capable of reading the GS1 DataBar Expanded and GS1 DataBar Expanded Stacked barcodes. Retailers may simply need to enable this functionality in their systems, but in some instances, software modifications may be required. To be able to process coupons seamlessly and to avoid a disadvantaged position in the marketplace, retailers need to implement and activate these technologies as soon as possible.Retailers can reduce the time spent on processing coupons and speed up customer check-out by leveraging the GS1 DataBar barcodes on coupons.Scanning the GS1 DataBar barcodes enables the efficient electronic validation of both consumer compliance with the terms of the offer and the authenticity of coupons through serialization.Example:

CODE39 barcodes generatorCode 39 (also known as Alpha39, Code 3 of 9, Code 3/9, Type 39, USS Code 39, or USD-3) is a variable length, discrete barcode symbology.The Code 39 specification defines 43 characters, consisting of uppercase letters (A through Z), numeric digits (0 through 9) and a number of special characters (-, ., $, /, +, %, and space). An additional character (denoted "*") is used for both start and stop delimiters. Each character is composed of nine elements: five bars and four spaces. Three of the nine elements in each character are wide (binary value 1), and six elements are narrow (binary value 0). The width ratio between narrow and wide is not critical, and may be chosen between 1:2 and 1:3.The barcode itself does not contain a check digit (in contrast to Code 128), but it can be considered self-checking on the grounds that a single erroneously interpreted bar cannot generate another valid character. Possibly the most serious drawback of Code 39 is its low data density: It requires more space to encode data in Code 39 than, for example, in Code 128. This means that very small goods cannot be labeled with a Code 39 based barcode. However, Code 39 is still widely used[1] and can be decoded with virtually any barcode reader. One advantage of Code 39 is that since there is no need to generate a check digit, it can easily be integrated into existing printing systems by adding a barcode font to the system or printer and then printing the raw data in that font.Example:

PDF417 barcodes generatorPDF417 is a stacked linear barcode symbol format used in a variety of applications, primarily transport, identification cards, and inventory management. PDF stands for Portable Data File. The 417 signifies that each pattern in the code consists of 4 bars and spaces, and that each pattern is 17 units long. It is represented by ISO standard 15438.Example: 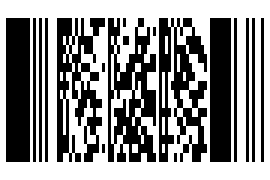 UPC-A barcodes generatorThe Universal Product Code (UPC) is a barcode symbology (i.e., a specific type of barcode) that is widely used in the United States, Canada, the United Kingdom, Australia, New Zealand, and in other countries for tracking trade items in stores.Its most common form, the UPC-A, consists of 12 numerical digits, which are uniquely assigned to each trade item. Along with the related EAN barcode, the UPC is the barcode mainly used for scanning of trade items at the point of sale, per GS1 specifications. UPC data structures are a component of GTINs (Global Trade Item Numbers). All of these data structures follow the global GS1 specification which is based on international standards. Some retailers (clothing, furniture) do not use the GS1 System (other bar code symbologies, other article number systems). Other retailers use the EAN/UPC bar code symbology but without using a GTIN (for products brands sold at such retailers only).Example:

GS1 Databar Stacked barcodes generatorMost existing scanning systems are capable of reading the GS1 DataBar Expanded and GS1 DataBar Expanded Stacked barcodes. Retailers may simply need to enable this functionality in their systems, but in some instances, software modifications may be required. To be able to process coupons seamlessly and to avoid a disadvantaged position in the marketplace, retailers need to implement and activate these technologies as soon as possible.Retailers can reduce the time spent on processing coupons and speed up customer check-out by leveraging the GS1 DataBar barcodes on coupons.Scanning the GS1 DataBar barcodes enables the efficient electronic validation of both consumer compliance with the terms of the offer and the authenticity of coupons through serialization.Example:

AZTECAztec Code is a two-dimensional (2-D) general-purpose matrix symbology that is designed to have higher accuracy than other 2-D symbologies. An Aztec Code symbol can encode up to 3,832 numeric digits; 3,067 alphabetic characters; or 1,914 bytes of data. The symbol size and the degree of error correction can be configured at label design time or configured to change automatically in response to the length of the data. Printing white on black is an option.The Aztec is a 2D matrix code, typically used for airline tickets and other travel documents, as well as car registration documents. It can also be used in hospitals for patient identification, or to identify medication, samples, or other items related to a particular patient.Advantages: The Aztec code uses its space more efficiently than other matrix codes. The size can also vary, allowing it potentially to hold vast amounts of information. In addition, the Aztec code comes with error correction and allows you to select the percentage.Disadvantages: The Aztec code doesn't support Kana or Kanji characters, as QR codes do. 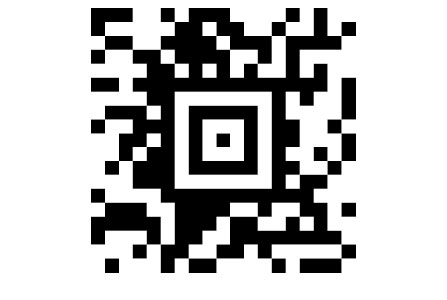 QR CodeDesigned by Denso Wave in Japan for the automotive industry in 1998, Quick Response (QR) Code is a two-dimensional general-purpose matrix barcode that is intended for use on smaller labels. It was designed for faster scanning of information, and it efficiently encodes kanji characters.It’s most often used to store and provide more information. However, these days you also notice it’s often used in banking (secure transactions) or for marketing purposes.

Was this article helpful?